The use of plasma cutting started between the 1940’s-1950’s, and was used by engineers. The new plasma arc was used in the welding of aircrafts, helicopters, and vehicles. The Union Cabides Linde Division was the leading gas manufacturer at the time, and decided to better research the plasma process for their own use. The GTAW was founded and later developed into TIG. GTAW stands for Gas Tungsten Arc Welding, and TIG stands for Tungsten Inert Gas. Plasma cutting at this time was considered high tech and cut materials from .5 -6 inches thick. Most of the time, they were mounted on XY devices which used a tracer or template to create multiple parts.

During the 1960’s and 70’s the flow process was securitized and the process changed. The use of air and water as a secondary way to control the plasma cutting process became prominent. Researchers realized using these elements would help to provide stability, reduce noise level, increase the nozzle life, and shorten the radiation emission of the left over gas.

The 1980’s continued with the evolution of plasma cutting. Oxygen based plasma was introduced to help improve how material was cut. Speed also increased with the introduction of this element. With this technique, the creation of Hypertherm plasma cutting became essential to underwater cutting.

From the 1990’s and onward, laser cutting became popular because of its high quality and accuracy. This seemed like a threat to plasma cutters. Because of this threat, plasma cutters were looked at and redesigned to better fit the buyer’s need. With the emergence of CNC technology, manufactures are able to use this cheaper alternative to lasers for small businesses, home, and personal users. 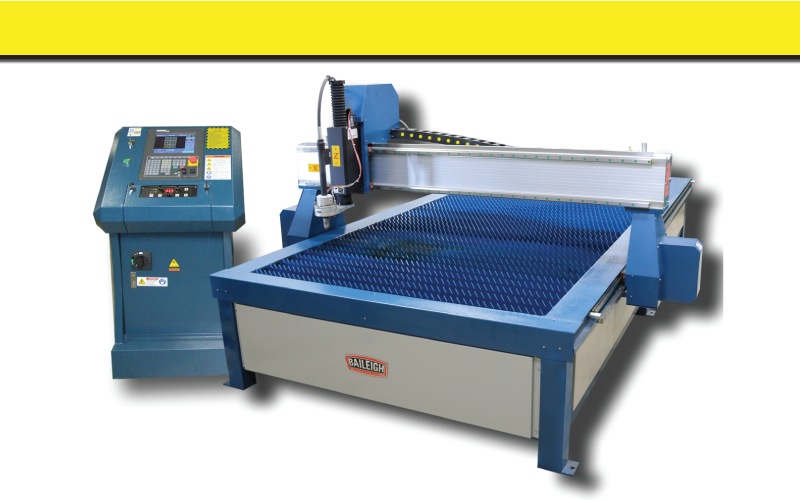